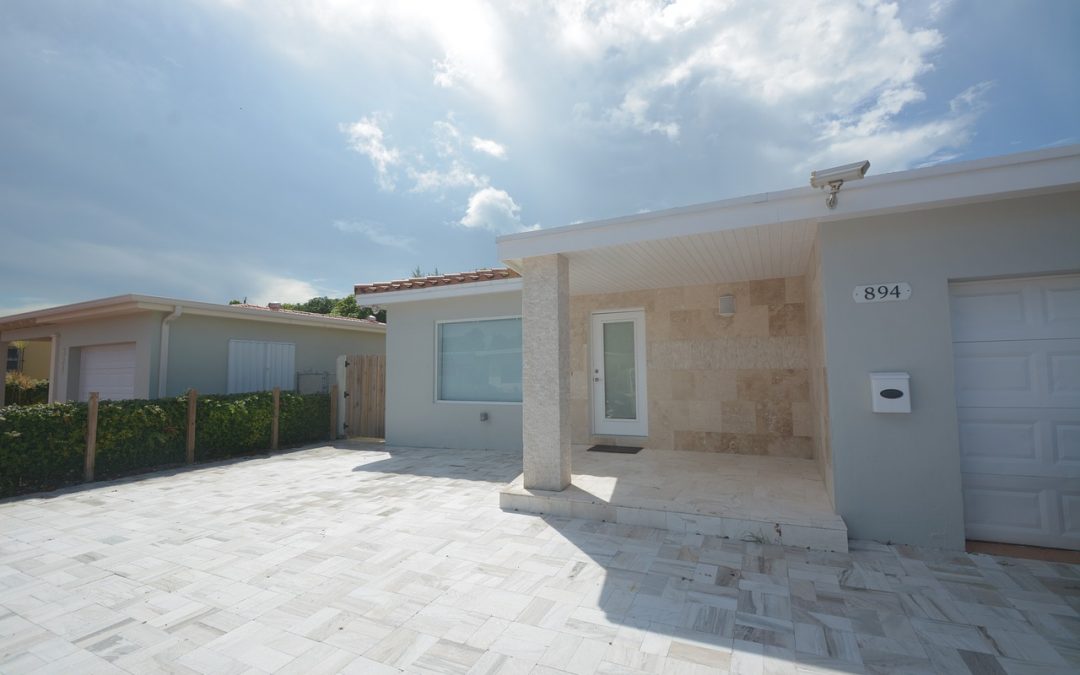 As time winds down to the end of the eviction moratorium in the Sunshine State, advocates for housing are beginning to get ready for mass evictions spread throughout Miami-Dade County. This is especially true for low-income renters who owe back rent but do not have the money or means to pay.

The eviction moratorium eventually went into effect on September 4, and since then it has been extended several times, but it expires this Saturday. The intent was to protect renters that made $99,000 or less every year from eviction because they lost their income due to Covid 19 and other related hardships.

Unfortunately, when this program put forth by the CDC comes to an end, unless a last-minute extension brings it back to life because Covid 19 cases are surging across America, nearly 200,000 extremely distressed Miami-Dade renters, who already pay 50% or more of their income on rent, are completely vulnerable to upcoming evictions, we learned from Dr. Ned Murray, Florida International University Metropolitan Center associate director.

According to Murray, even prior to the pandemic, evictions were already near extremely high levels, but now that the moratorium is coming to an end, so many low-income renters are facing an eviction avalanche because many of these renters aren’t prepared or in a good position to pay their back rent and current rent at the same time because they haven’t recovered financially yet. And maybe they never will.

Across the United States, renters numbering around 11 million are currently behind on rent payments and will face being evicted, the Center on Budget Policy and Priorities shared with us.

Even though the federal government has $46 billion worth of rental relief aid set aside for tenants and landlords experiencing the pandemic impact, many US states are slow to create the mechanisms needed to distribute these funds to eligible people.

Since the moratorium devised by the CDC only protected renters who gave their landlords an executed declaration form proving their hardship or loss of income because of the pandemic, evictions are still happened throughout the year with people that didn’t hand in the paperwork.

Between September 1, 2020 and July 1, 2021, Miami-Dade has nearly 10,000 filed evictions, according to information provided by the county clerk’s office. During the same timeframe, 4409 writs of possession – which is the last step in the eviction process giving 24 hours to vacate the premise demands, were also issued. 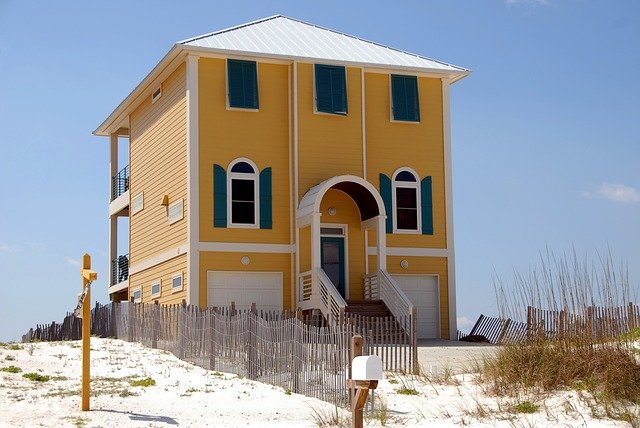 Experts believe that those numbers are just the beginning, and in the near future they are about to skyrocket now that the moratorium is almost over at the end of the week on Saturday Jul 31. Many people are frightened because of this humongous looming threat, because the CDC has protected them so far.

As an example, 74-year-old James Watley rents a one-bedroom apartment and pays $766 per month at New Arena Apartments. He’s lived there for four years. But the military veteran uses his $1200 a month Social Security check to make this payment, and only gets another monthly stipend of $748 from Jackson Memorial Hospital, where he was a security supervisor for around 10 years.

During this time, Watley had a dispute with management of the building over bathtub and toilet leaks, which caused him to pay a $521 water bill that he has to pay for himself. The ultimate result is that he received seven 3-day notices – the opening eviction process step – which were posted on his door once per month since the beginning of the new year in January.

Up until this point, the eviction moratorium has kept Watley protected, because of tax credits issued to New Arena during this time. But once the moratorium is no longer in place, his three-day notices will likely become court summonses in the near future.

Watley says that even though the management company is responsible for making the necessary repairs, and he’s simply just a tenant, they continue to threaten him nonetheless. And rightfully so, because he’s actually quite worried about it, but if there is a court case in the future, he will tell the judge everything that has been happening. If the court lets him know that he is in the wrong, he says that he will simply become homeless again. At one point, 25 years ago, Watley was homeless but turned his life around and got it back in order. Right now, he has diabetes, high blood pressure, and cataracts. And he feels because he is nearing the end of his life, the management company is trying to do him in.

Watley also said that he’s going to fight this tooth and nail until his dying breath, because in his mind he knows and understands that he has never been more right in his life.

Advocates for housing tell us that in eviction cases, more often than not the courts tend to side with landlords, putting the financial burden on tenants to pay their back rent prior to their course case actually ever being heard.

Adrian Madriz, Struggle for Miami’s Affordable and Sustainable Housing executive director says that the judges have zero sympathy for tenants. His organization fights for those who have the right to fair counsel, because many of them do not have the ability to pay for legal assistance and have no idea what they should do. But the courts side with the landlords and continue to push through evictions as often as possible.

Other people tell us that mom-and-pop landlords and other landlords only a few rental properties, are looked upon as heartless and greedy individuals, but this certainly isn’t always the case.

David Winker, a Miami-Dade attorney, says that a wide range of private landlords have rental properties within their portfolio and use it to supplement their retirement. These rental payments are important to them and they rely on them to pay taxes, insurance, and mortgages.

The decision by the CDC was made from the perspective that the one taking the hit should be the landlords, we learn from Winker. Except the pandemic was hard on everyone, but in particular the landlords were one of the groups hit the hardest. We all know that bad landlords exist, but many of the landlords were given a choice and they are good landlords, and many of them are even very sympathetic toward their tenants. But they need money to pay their bills and to keep up with their property, otherwise they may end up losing their home. And within this market, it should be very easy to find a new renter to replace their current nonpaying tenants.

The Rental Market Is Hot

According to the second quarter 2021 migration report, of whom Chris Salviati co-authored, Miami locals are being forced to compete with a massive influx of people coming from out of town from places like San Francisco, Boston, and New York, who have nearly 20% higher budgets than renters from Miami, so they can pay more expensive rents.

Year-over-year, the rent in Miami is up 11 ½%, which is above the 8.4% national average, according toSalviati. Rent prices are being driven up by supply and demand. During the pandemic, young people moved back home, but they are beginning to move out again as the pandemic comes to an end.

Renter demand has a major impact on those facing eviction, because they desperately need a new place and have a hard time finding one.

40-year-old Catherine Cambridge has rented in Overtown for the last eight years and currently lives in a two-bedroom home. Her rent is $850 a month, but she was furloughed during the pandemic last April because she was a hairdresser and they weren’t allowed to perform their job. Unfortunately, Catherine also has debilitating depression, which she has due to gun violence last year when she lost one of her sons.

Her landlord told her last December that she intended to sell the home and provided her with a 45-day notice to move. The single mom has sought a new place to live but hasn’t been lucky enough to find one. In May, her landlord filed to evict her, but under the CDC moratorium Cambridge is protected. But when the moratorium expires, she is going to be in a world of trouble.

Cambridge says that she’s looked for apartments, but because of the CDC moratorium, landlords are un-trusting. They believe you’re going to scam them and try to live rent free without paying them.

There is relief available to renters in this situation, but many people do not know it exists. And the ones who know it exists, do not know how to gain access to it. The Miami-Dade County Public Housing and Community Development Department has distributed $28 million. They have an allotment of $60.8 million, which means that there is still money available to help these people.

Even more important, the Our Florida program has $800 million available and ready to help renters who need relief, and landlords in the same situation. This program hasn’t distributed most of its funds since it launched in May.

Many people have no idea that assistance actually exists, and the application process needs to become quicker and more accessible. Certain programs even require a landlord affidavit. But many landlords and renters are feeling hostile toward one another, which creates unnecessary roadblocks. An independent affidavit needs to become sufficient, particularly now that this moratorium is almost over.