Evictions Surge as Moratoriums are Suspended 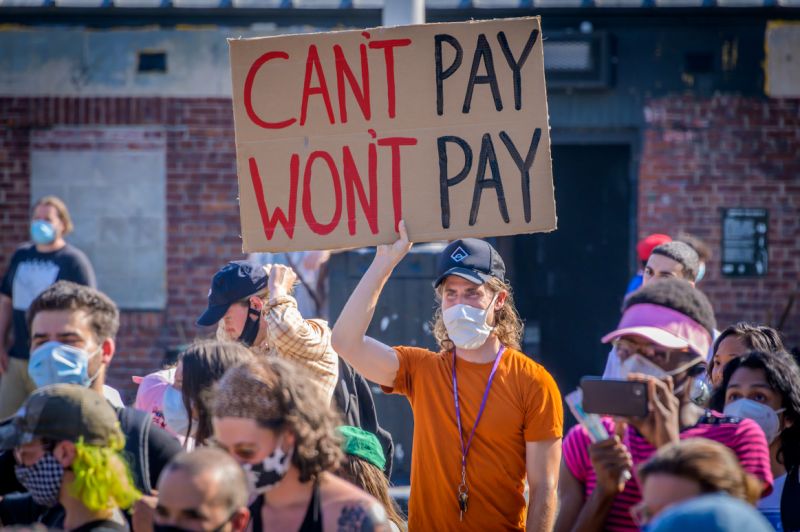 With moratoriums on evictions being lifted, the number of evictions that landlords are dealing with is becoming larger with each passing day.  With millions of tenants who have lost their employment due to the pandemic, legal aid groups are bracing for a busy time ahead, but what does this mean for you as a real estate investor?

Today we'll break down why this spells opportunity, since most of these landlords won't be receiving rent from their tenants, pushing many of these cash strapped owners down the path of foreclosure.

Let's get into just how crazy of an environment we are in right now, however.

What do Evictions Mean for Home Investors?

This environment is going to be interesting, to say the least.  A report stated that in Michigan, a call center that offers social services for those in need, had a 76% spike in calls to the 211 call center operated by Ruthie Paulson.  Michigan lifts the moratorium on evictions in 48 hours.  Nationally, the call volume is up a whopping 200% as people aren't positive if they are going to receive a stimulus check or get an unemployment check.  All that they know in most cases is that a date is upcoming and their landlord will eventually be able to get a court date and legally evict them out of their property.  Most people have faced the fact that they won't be able to come up with the funds to keep themselves in the property.

Eviction cases have already boomed in states that have already lifted the moratorium.  For example, in Memphis, Shelby County courts are currently dealing with over 9,000 eviction cases and hearings just resumed last month.  Evictions shot up by 15% in Milwaukee ever since the moratorium was lifted, and in Columbus, the city has turned their convention center into a housing court (socially distanced to boot) to get ready for the massive wave of evictions and growing homeless population.

20 Million Renters are at Risk of Eviction

With over 20 million people facing eviction by the end of September, it's a great time to invest in real estate.  As a buyer, you can help someone get out of a daunting foreclosure process and save a cash strapped property owner / landlord by investing in their property.  Not only do you get a great deal on the property, but you also help keep the national foreclosure rates down and clear up space in the courts.  Most people's unemployment insurance will expire at the end of this month, causing things to get a bit chaotic in the United States.

In a Yahoo! reported referenced below, black and latino families are among the most at risk people for eviction, but low-income families in high crime areas aren't the only people who are at risk here – young professionals are also losing their jobs as the global pandemic is putting pressure on companies bottom lines and office buildings are largely closed throughout the country.

Many people who had solid incomes, into the six figures even, are struggling because they didn't have a large savings account to fall back on, and when they were either let go from their jobs or furloughed, there wasn't any severance received, yet their rents remained the same.

However, COVID-19 isn't slowing the housing market.  The show must go on and people are buying like crazy, but it's a different landscape than in the past.