Does Washington Have the Necessary Tools to Prepare for War against the Impending Housing Bubble? 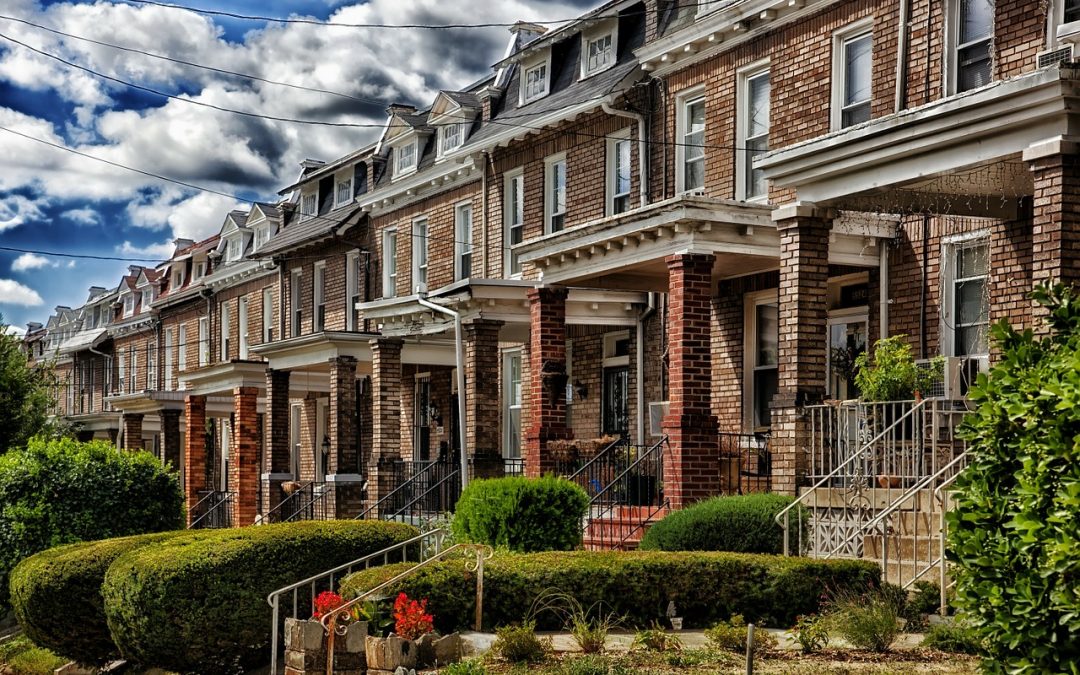 Reformers in the Biden administration are being tested because they want mortgage loan caps on a nationwide level.

In 2008, the United States experienced the bursting of the housing bubble that set the country into such a deep recession that it was similar to the Great Depression in many ways. The aftermath of this recession led to the design and development of various tools that could potentially burst real estate bubbles before they become a problem. In many respects, some believe that the US has lagged due to Trump administration deregulatory enthusiasm.

Certain reformers sensed danger on the horizon, so they hope the Federal Reserve and the Biden administration will develop even better tools to fight the impending housing bubble onslaught. Other individuals are worried that potential efforts to pop housing bubbles can and will hurt the middle class and poor even more than they are hurting already.

Situations that developed this year have shown a spotlight on this issue. With rising home prices moving quicker than they ever have in our nation’s history, concerns are being fueled that a housing bubble has formed in the real estate market.

In many places in the nation, home prices have experienced double-digit percentage price increases, and some individuals want the Federal Reserve to raise interest rates because of it. Jerome Powell, chairman of the Federal Reserve, has resisted raising interest rates thus far, believing that higher interest rates will have a negative impact on the economy on the whole, which could lead to more job losses. Covid 19 has already caused millions of US citizens to lose their jobs, so that’s something Powell is trying to avoid.

Powell also let reporters know that raising interest rates to stop a potential housing bubble isn’t something that he has planned. The Federal Reserve will rely on certain tools like macro prudential and others to maintain financial stability.

At this point, nothing has changed, even though certain Fed officials like Eric Rosengren have recently argued and protested that a real estate boom and bust cycle isn’t compatible with financial stability.

Former Federal Reserve attorney and Ross School of Business Professor Jeremy Kress is very critical of the Federal Reserve for ignoring a potent tool in their arsenal known as the counter critical capital buffer.

Under this rule, the Federal Reserve can require banks to use greater levels of equity to fund themselves. They’ll gain this funding from raising money from stockholders and not get as much from debt.

During the boom times, raising capital requirements could definitely slow down rising asset prices, Kress wants us to know. Unlike other countries, the Federal Reserve never once utilized this available discretionary buffer. It’s probably an excellent time to activate it right now, Kress believes.

How This News Impacts You and Your Money

In an effort to stop a housing market bubble dead in its tracks, the government has other ways that they can more specifically target a real estate bubble.

Recently, the Center for American Progress associate director named Gregg Gelzinis mentioned that the Financial Stability Oversight Committee, a regulatory agency group created to help with the financial crisis, would be much more effective if Congress provided it the power needed to set limits across the nation on how much money banks could lend to real estate purchasers.

Regulators are armed with an imperfect suite of tools, to be sure, and Congress possesses other tools that would help them create an even stronger arsenal, we learned from Gelzinis. UK regulators and those in other European countries have the ability to limit loan-to-value ratios that are constantly changing based on the overall economic state of their country. You can leave it at a certain amount during normal times, and then at another amount when the market is beginning to overheat.

Donald Kohn, former Fed Vice Chairman, made a speech in 2017 with a similar point. In his speech, he mentions that regulators in Washington need to limit debt to income and loan-to-value measures when standards are being loosened, because this can have a grievous threat on economic and financial stability.

The measurement loan-to-value determines the size of the mortgage in comparison to the property that the buyer will use to purchase with it. High loan-to-value ratios possibly suggest behaviors toward speculation because the buyer is potentially taking a risky loan hoping that the property will quickly gain value.

Based on information from the International Monetary Fund, there are 19 countries in Europe that limit loan-to-value within the range of 30% to 100%. They even have higher limits on first-time home buyer loans, and provide lower caps for investment properties and homeowners purchasing second homes. This study by the International Monetary Fund showed that these policies help to minimize the level of price growth in a particular real estate market. But they experienced muted effects in some countries with severe new-home supply constraints.

The Dodd Frank financial reform law led to the Consumer Financial Protection Bureau, which was devised to keep Americans protected from predatory mortgages. They also have the ability to set the standards that we’ve been talking about.

Back in 2013, regulators put forth a 43% debt to income limit for mortgages. This would protect mortgage issuers looking to qualify for a safe harbor from lawsuits from their customers. Debt to income ultimately compares monthly income to monthly repayments from the borrower.

A group of former regulators, scholars, and industry experts formed the Task Force on Financial Stability, which created a report in June discussing loan-to-value caps. Within the document, they claimed that the limit should focus on cash out refinances, and investor loans, but not necessarily purchase loans because Americans build wealth through home ownership. A wide range of other countries have LTV limits in place on purchase mortgages, and only experienced mixed success, so going this route in the US would have a deleterious effect on first-time home buyers.

Goodman, of the Urban Institute, is also a member of this task force and she said that loan-to-value caps are already conservative in mortgage lending. In recent years, she believes mortgage lenders are asking for larger down payments and better credit scores, and this accelerated even further during the pandemic because lenders experienced serious economic worry, and rightfully so.

Undoubtedly, between 2005 and 2007, credit was much too loose, according to Goodman. As far as she is concerned, she feels things have gone too far in the other direction as of late. She believes banking standards right now, which are driven by regulations from the government and industry fears, are in the process of creating the same crisis as the previous decade, and too many Americans are not capable of accessing home ownership, which is the greatest wealth builder in the nation.

As a matter of fact, civil rights groups and consumer rights groups are very happy with the Consumer Financial Protection Bureau’s decision to eliminate the hard DTI. Plus, they advocate consistently for economic policies that make reasonably priced home loans accessible to the American people. A civil rights group in April wrote to Dave Uejio, the acting director of the CFPB, and pleaded that he keep Trump era mortgage rules intact.

In the meantime, Gelzinis also made an argument that other steps could be taken by the Financial Stability Oversight Council that would make financial stability increase, but continue to make it possible for average Americans to get a mortgage and live the American dream by becoming a homeowner. His argument is that non-bank mortgage servicing companies who service and originate loans, but don’t hold these loans on their books, are a much greater risk to financial stability then loosening lending standards. He believes that the FSOC must consider determining that the biggest of these firms are of greater importance, which means they should experience greater financial regulation.

Goodman believes that we are in the midst of another real estate bubble that could be ruinous to the US economy, which is driven by tax regulation and low interest loans. Her argument is that there is clear evidence that rising home prices are surging because there is serious new-home demand, led by millennial buyers looking to purchase homes for the first time, while other buyers are leaving bigger cities to move to the suburbs due to the pandemic.

She believes that the problem is happening because the supply is small and there is too much demand. Production costs are expensive, land values are skyrocketing, zoning restrictions increase land values, and builders are beginning to wonder if the average homeowner can afford these homes.